The most damaging instance of “identity theft” is when hate masquerades as love.

I see it all the time, particularly in dating relationships. 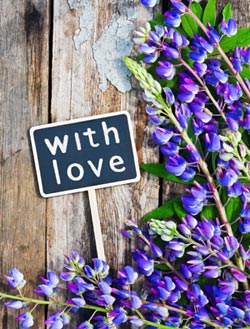 A young man “falls in love” with a woman, woos her until he has monopolized her social calendar and then weeks or months later, drops her. Once she has abandoned everything for him, he abandons her. But it was all done in the name of love. His feelings once told him it would never end, so he demanded absolute commitment and focus. But now that the feelings have changed, so apparently has his view of “love.”

A premarital couple the jackpot when the young man finally said, “Okay, now I get that loving her means I’m supposed to support her to be the best she can be”. What this means is being concerned about your partners well being (emotionally, physically, sexually and above all spiritually). The relationship comes after that.

Our primary aim in every relationship, including marriage and dating, is help each other grow and to bring out the best in each other.

If you start spending every extra moment together and the relationship doesn’t last, you’ve pulled this person from their friends and their life focus. When the relationship crashes, their life crashes and has to be completely rebuilt. Leaving someone in that condition is like mortgaging their house so you can gamble with their money to get rich. It’s reckless, it’s selfish it’s the opposite of love.

When a married woman uses sex to manipulate or humiliate her husband, that is not love. That’s taking something precious and using it as an evil weapon. When a married man considers it a betrayal if his wife has any other significant relationships that is also not love. He’s controlling her in the name of preserving some misguided sense of marital loyalty.

Love is always—always—doing what is best for the other person. Not what is best for you. Not what will make them like you or need you or want you. Love is kind, it is patient, it is strong enough to do what is right instead of giving way to the weakness of selfishness or feelings, it is self-sacrificing, it never rejoices in wrongdoing, it doesn’t insist on its own way.

Don’t be fooled by self-interest masquerading as love. Insist on love.

-Copied and revised from an article by Rev. Gary Thomas

Previous Post:The Importance of being “All In” In Your Relationship
Next Post:10 Communication Secrets of Great Leaders